SC 147 Soundseeing in Molokai, in the Footsteps of Father Damien 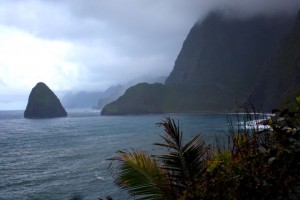 This week, Paul travels to the island paradise of Molokai, Hawaii. From 1866 to 1969 thousands of men, women, and children diagnosed with leprosy were forcibly exiled to this island to die here in anonymity.  Two Catholic saints, Fr. Damien de Veuster and St. Marianne Cope ministered to them, built their houses, soothed their wounds, and helped them live lives of meaning and worth.

Join Paul in his white knuckle flight to the small Pacific island, and walk rainy and windswept paths in the rugged footsteps where St. Damien trod.  Travel across the peninsula from Kaluapapa to Kalawao, surrounded on three sides by treacherous surf, and on one side by 3000 foot cliffs.  Listen to tour guide Ian from Father Damien Tours as he recounts emotional stories of the citizens afflicted with this horrific disease, lost and forgotten on this island.

[Not a valid template]