‘Twas the Night Before Conclave. . . 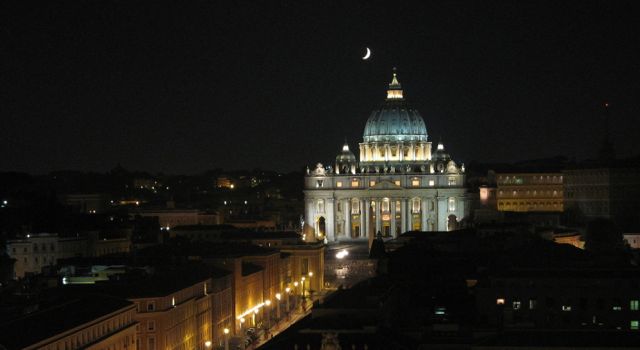 When I had a difficult time sleeping last night, I put this together and posted to Twitter after my cable Internet went down.  All composed in stanza’s 140 characters or less. . .

With apologies to Clement Clarke Moore . . .

‘Twas the night before conclave & throughout all the nations,

The faithful await with such great expectations…

The stoves were attached to the chimney with care,
In hopes that white smoke would soon waft through the air.

The cardinals were all settled, the last Congregation
Completed that morning, silent for the duration.

And the men in their cassocks and biretta caps
Retired for the day, 7 days did elapse.

The vaticanisti all over the news,
Were silenced as well, so much stuff to peruse.

When out on the Piazza there arose such a clatter,
Ragazzi and Ragazze wondered what was the matter.

He was dressed all in black with the same Roman Collar,
That one sees here on many a clerical scholar.

His droll little mouth was drawn up on the ends,
With the joy of the Lord, and the Love that transcends.

So off they all walked to their beds far afield,
For tomorrow the doors of Sistine will be sealed.

While the world rapt in prayer and in jubilant hope,
Awaits their decision on the new Roman pope.